As utility line clearance tree trimmers, we are always on call in case of a catastrophic emergency such as Hurricane Matthew. On October 5, 2016, WTS crews from Kentucky, Oklahoma, Tennessee, Michigan and Indiana were dispatched to one of the 11 main staging sites throughout damaged areas along Florida’s east coast. More than 15,000 utility and line clearance workers were staged and ready, anticipating an estimated prediction of 1.5 million outages statewide.

After Hurricane Matthew made its path up Florida’s east coast, it left behind 976,440 customers without power. WTS crews worked 16 hours a day for eight days in efforts to restore vegetation related power outages in Florida and Georgia. WTS crews communicated well with linemen on grounding procedures and PPE was worn without fail. All crews did a great job of identifying and mitigating all hazards on their jobsites.

The primary goal of WTS storm response crews was to clear the site, conductors, and other hardware of trees and other vegetation as safely and quickly as possible so that the utility line workers and engineers can access the area to repair damage and restore power. This means there was a lot of debris in the form of felled trees, and brush in and around the storm sites. WTS crews did everything to ensure that large logs and brush were stacked in such a way the roads and driveways were safe and clear for the customers and workers involved.

I would like to personally thank every employee involved for working safely and productive in a time when many potential hazards were involved. Hearing the Florida Power and Light (FPL) supervisors say, “Those Wright guys get the job done.” is a reflection of our core values.

Hurricane Matthew By the Numbers

32 of those traveled to Georgia to support Georgia Power afterward

Click here to view photos of the restoration efforts from Daytona Beach News-Journal. 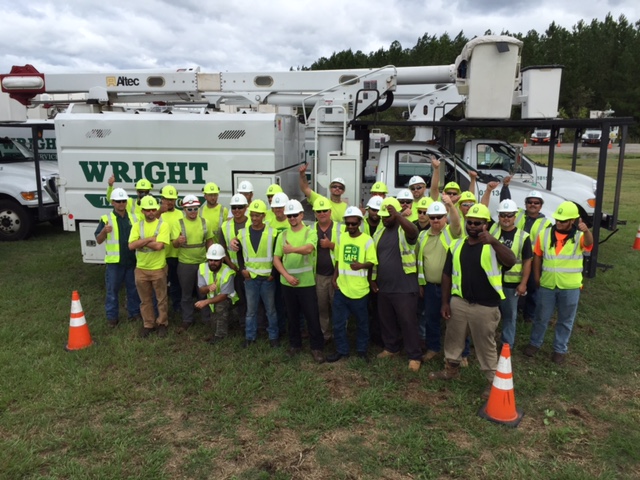 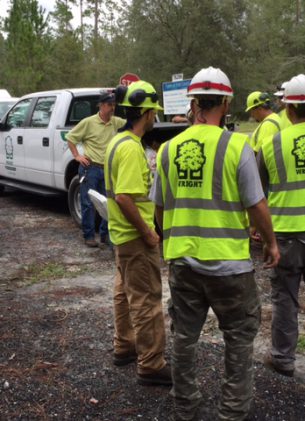