Listening to Your Safety Conscience

Recently, I was reviewing a new jobsite with two of my job planners. I dropped them off on opposite sides of the street to scope out the area, and we planned to meet up at the end of a cul-de-sac. Meanwhile, I received a phone call, so I pulled over. While I was on the phone, I noticed something move across the right mirror in my peripheral vision. I looked again, but didn’t see anything. After I finished my phone conversation, I was getting ready to pull forward but I had a feeling that something wasn’t right. I removed my seatbelt, exited the truck and did a 360 degree walkaround. That’s when I found, under the front of my pickup, a small child hiding. Had I ignored the feeling that I had as I prepared to pull ahead, my life would have changed forever, as well as my family and the family of the child.

Anyone who has ever been half way up a tree, preparing to top it off has probably had this same feeling. You can ask yourself, “Have I followed my training up to this point?” Or, “What’s the worst that can happen?” You can hope you have a co-worker keeping an eye on you to do the right thing promoting our Brother’s and Sister’s Keeper philosophy. That gut feeling serves as a reminder to stop, think and refocus on what you should be doing to stay safe.

At Wright Tree Service we are given an extraordinary amount of training – whether we realize it or not. That training is to help us make good choices as we go about our day-to-day activities. After all, who is responsible for an employee’s safety? Ultimately, we are the person responsible for our own safety, but our Brother’s and Sister’s Keeper philosophy helps enhance our safety.

Remember, everyone on every jobsite has the authority to step up and say “something doesn’t look right here” or “that’s not the way we were trained.” Do you want to go through life saying, “I could have saved a life today, but instead I chose to look the other way?” 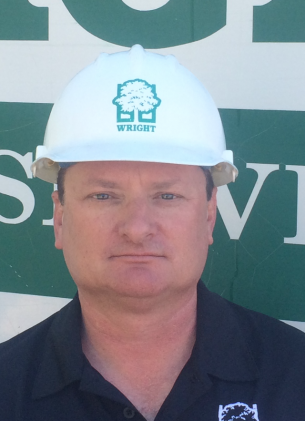