From the Treetop: Phil Heinz

With more than 40 years with Wright Tree Service, we say farewell to Phil Heinz as he retires in the fall. In this edition of From the Treetop, Phil shares his insights with us one last time.

It seems like just yesterday that I was hired by WTS as a fill-in on a Wisconsin Power and Light property for a few weeks. After my second week on the job, the GF at the time, Roger Hagen, asked me if I was interested in a foreman position. I responded with an emphatic, “No thanks, I won’t be here that long.” Forty years later and I’m still with the company!

WTS was a good company when I first started and is an even better company now. Not many companies can say that after being in business for nearly 90 years. At WTS, philosophies have not changed very much since I first signed on. In the beginning, we were a familyowned company and everyone was treated like family. Now, we are an employee-owned company, and family is still at the forefront of who we are. Thank you, John Wright.

Changes Over the Years

Everyone always asks what has changed in the past 40 years, and my answer usually centers on line clearance equipment. However, I’d say the biggest change that has taken place is our attitude toward incidents. Back in 1975 when I first started working for WTS, incidents were commonplace. Now, outages and incidents drive us (as well as our customers) crazy.

When I became a manager on ComEd property in 1992, our incident rate was around 20. With no formal safety department, we started our own safety team within the division. ComEd funded the cost of the two trainers that we used. As a result, our incident rate dropped to around 12. The incident rate stayed around the 10-12 range for the next couple years. I remember telling John Wright that it was impossible to get a division that large under an incident rate of 10. I stand corrected and thankfully those attitudes have gone away!

Today, we have a great safety department and leadership team that really cares about the well-being of our employees. This past year, our company achieved the lowest incident rate in our history. We no longer have the attitude of “accidents happen.” Now when there are incidents, there is an intense investigation to find out the root cause, and what steps can be taken to prevent it from happening again. This is shared not only within the division but throughout the company on our weekly safety calls. Over the past 40 years there have been many changes but none better than our attitude toward incidents! It all starts at the top, and when the top truly believes that we can be safe, the trickle-down effect takes place and everyone buys in! 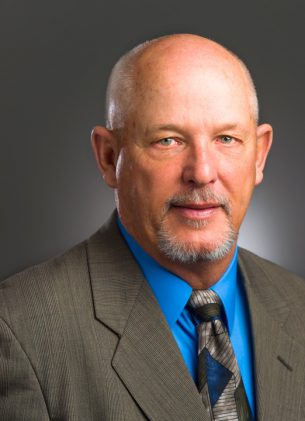