The employees are from Kentucky, Tennessee, Kansas, Texas and Oklahoma and comprise of one safety supervisor, one project manager, three general foremen, 24 foremen and 26 trimmers released from six utilities Wright Tree Service is contracted with. 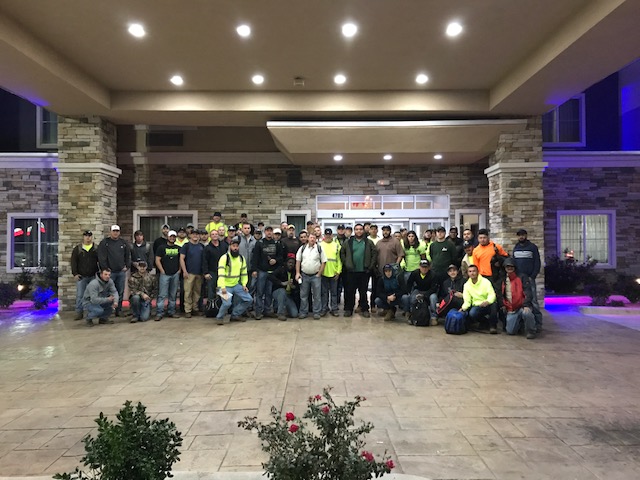 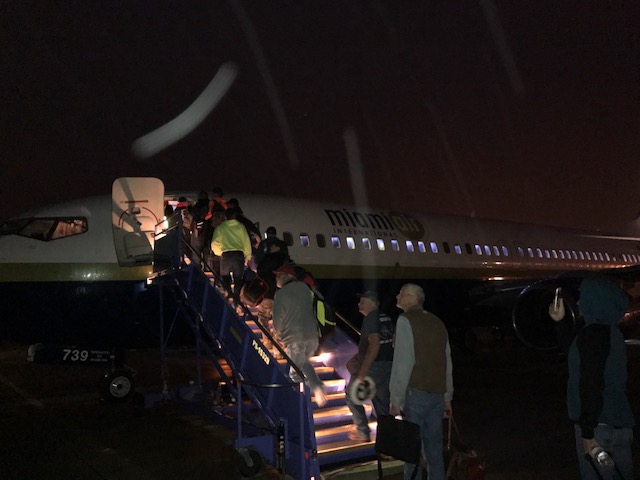 In the initial weeks of the crew’s deployment, they stayed in a hotel before later moving to a barge with other contracted linemen (pictured below). These barges hold around 300 people. 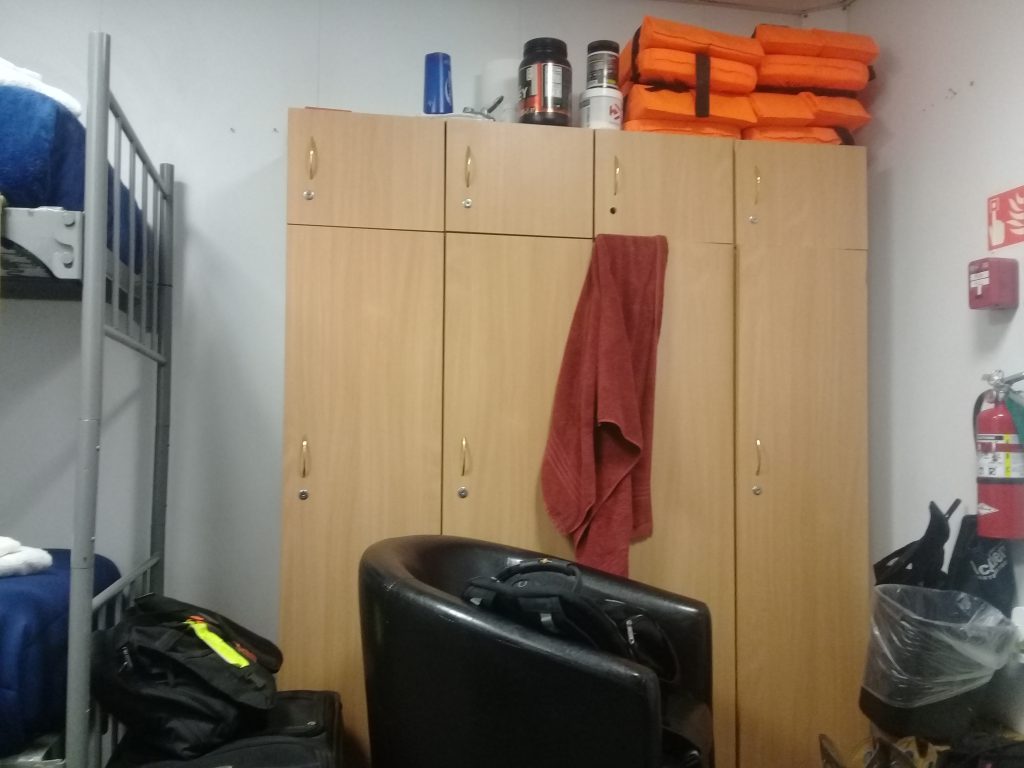 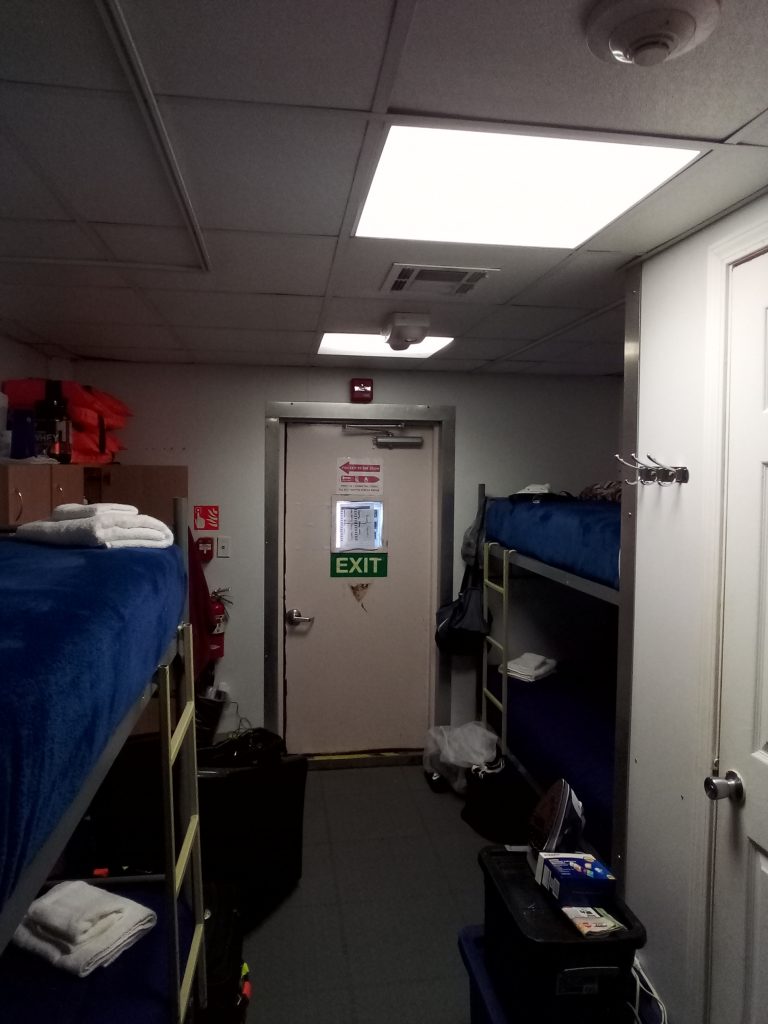 In addition to sending crews, Wright Tree Service navigated the challenge of sending equipment by plane and boat. Extra fuel can’t be carried on a plane and lithium batteries had to be removed from the equipment. Equipment consisted of: 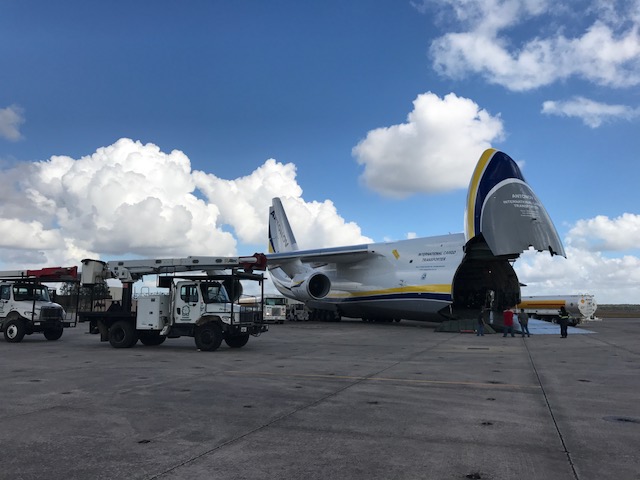 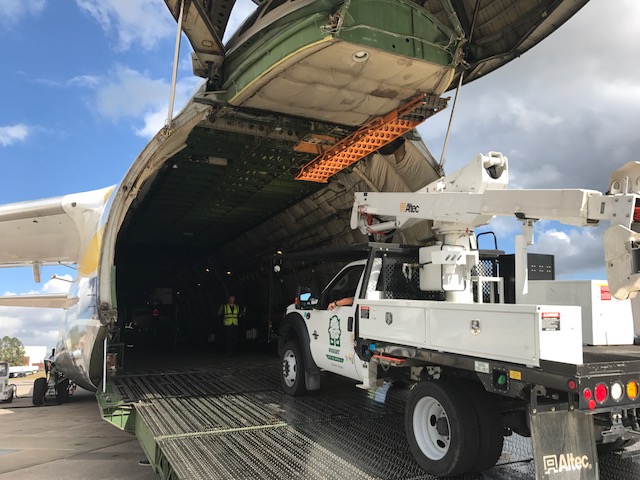 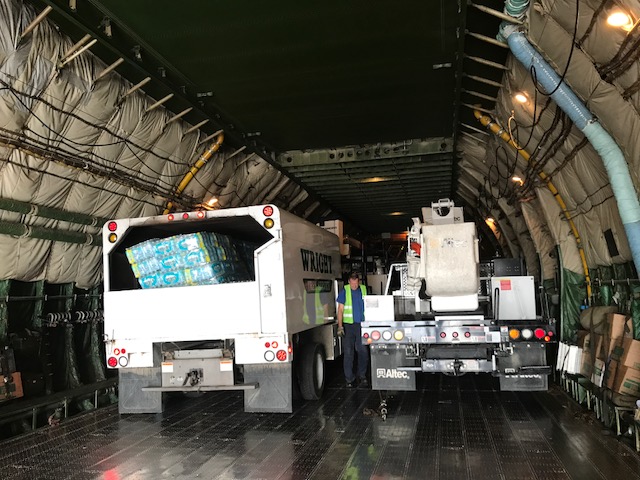 Employees have been called to perform duties outside of the typical storm work realm, including Foreman Levi Main (pictured below) being dropping into a jungle by helicopter due to the rough terrain and elements. 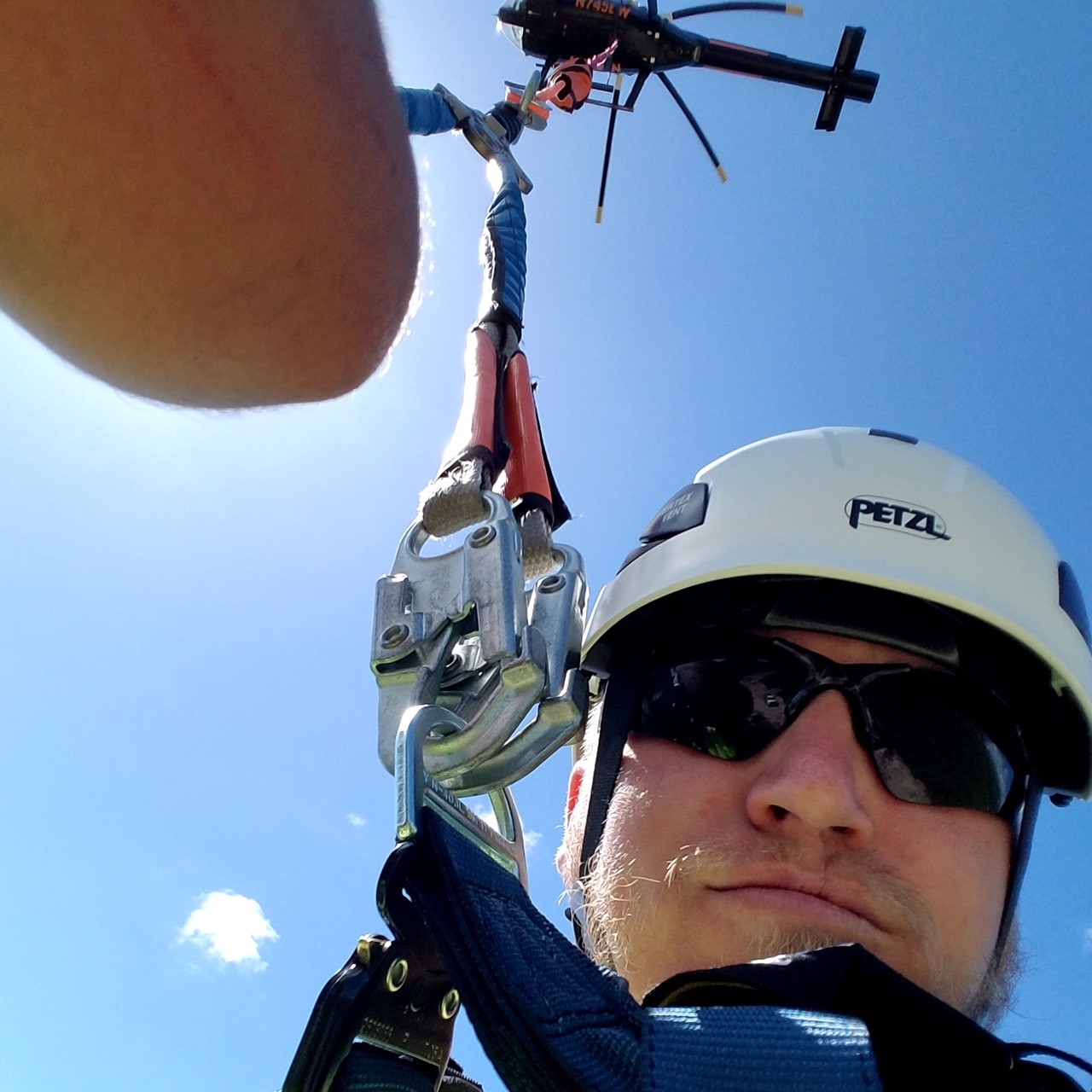 The average length of the storm work Wright Tree Service performs ranges from six to eight days, not including the travel to and from the location of the storm work. At this time, employees are expected to be in Puerto Rico through February, marking four months on this assignment.